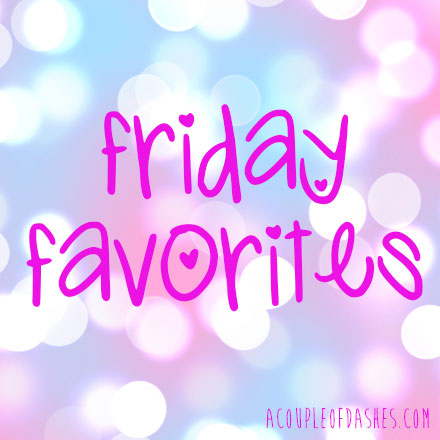 I don’t know about you, but I’m SO happy it’s Friday and that this weekend will be a long one because of President’s Day. I’m a firm believer in the 4 day work week, 3 day weekend situation. I just feel so much more refreshed after a three day weekend. The extra day gives me enough time to relax, while still completing everything I need/want to get done. That’s a win win in my book.

This week has proven to be quite an eventful week. Between the 6 doctors’ appointments I’ve had because of my car accident, work, spin and yoga classes and advanced movie screenings, I’m definitely managed to stay busy! I’ve also been a little stressed out waiting for a VERY important phone call that can’t seem to come soon enough, but more on that later. I don’t have any huge plans for things I want to accomplish this weekend, but I do have some new recipes in my head that I want to try out to share with you next week. I’m actually really excited about one of the recipes in particular, so keep your eyes peeled for some tasty things coming your way next week!

Anywhoo… let’s get on to some of my favorites from this week! Enjoy!

I picked up this snazzy bracelet at the Bike Swap I went to last week and haven’t taken it off since. They’re handmade by a PNW local out of recycled bike spokes. How cool is that?!?! I normally don’t wear bracelets to work because they always seem to get in the way and make too much noise when I’m typing, but this one hasn’t been a problem at all. I’ve even been sleeping with it on because it’s so comfortable to wear that I even forget I have it on. The seller makes all different kinds, but I chose the Run 13.1 option and I love it! 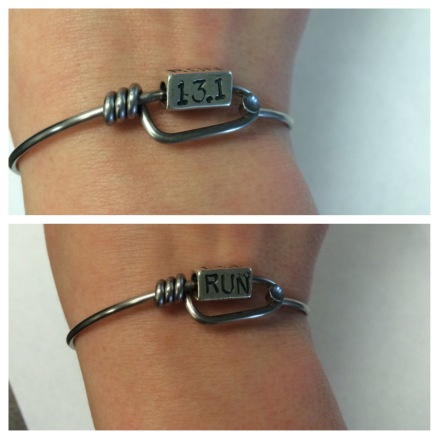 Okay… okay… I’m not going to lie… I’m a little spoiled sometimes when it comes to getting to attend advanced movie screenings. When I was younger, one of my favorite things to do was to go to the midnight showing on Thursday night of a new movie so I could be one of the first people to see it. Now as an adult who no longer likes to wait up until midnight to see a new movie, I like to hit up advanced screenings when I get the chance.

On Wednesday, my friend Amber and I went to see “Fifty Shades of Grey” because as a couple of 20-something ladies with nothing to do on a Wednesday night, it just seemed like the right thing to do. Neither one of us had read the books, so we weren’t really sure what to expect. I won’t get into the particulars so I don’t spoil it if you’re planning on checking it out, but I will say that it’s a very complex movie with a lot more going on in it than I originally expected.

One thing that I will say though is that the 12th Man was well represented in this movie since it was mostly filmed in Seattle. I think the b-roll for FSOG must have been filmed during the 2013-2014 football season because the 12th Man flag was up on the Space Needle, The Great Wheel was sporting green and blue and many of the buildings in downtown were lit up with giant 12’s in the windows.

As for the ending (no spoilers, so don’t worry), they did a REALLY good job of reeling the audience in and making us all want to rush out to grab the books to see how everything works out for Christian and Anastasia. Dang it! I worked really hard to not get wrapped up into the hype surrounding these books for a long time and all my hard work was ruined during the 2 hours it took to watch the movie.

After one of my numerous appointments this week, I decided to stop in the little café that is in the same building of my doctors’ office and check out their crepes. I think I might be addicted now and need someone to make me crepes every morning. It was made to order and full of fresh spinach (which I loved!). I am guilty of usually getting breakfast on the go, so I appreciate anyone who tries to add a few more fresh veggies into my routine! 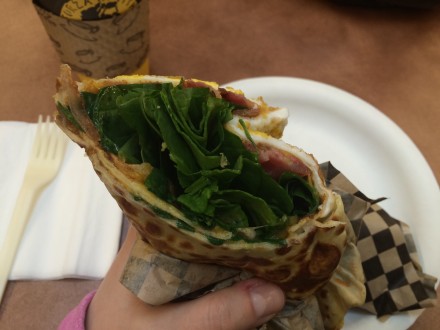 I know that this years’ Super Bowl is history now, but the hype for Left Shark from Katy Perry’s halftime show still seems to be going strong. During the halftime show, Katy had two dancers performing in shark costumes and the shark on the left (aka Left Shark) was notoriously off beat. As you can imagine, the internet has been full of all sorts of funny Left Shark graphics that have kept me laughing this week, so I just had to share some of my favorites with you! PLEASE tell me I’m not alone and that someone other than me finds these funny! 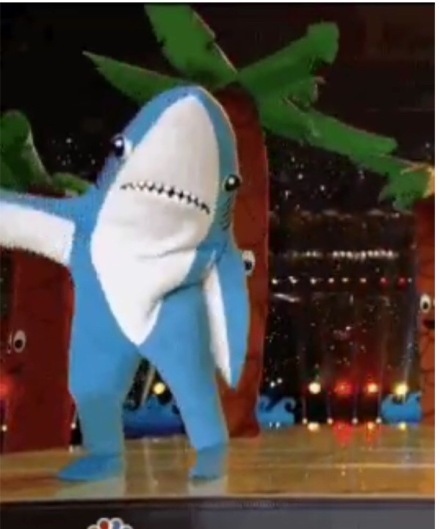 This one seemed fitting for Valentine’s Day… 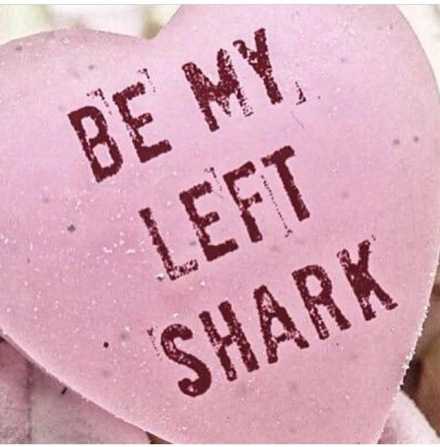 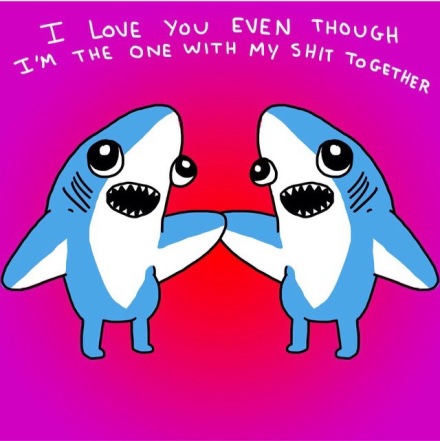 And this one is by far my favorite. 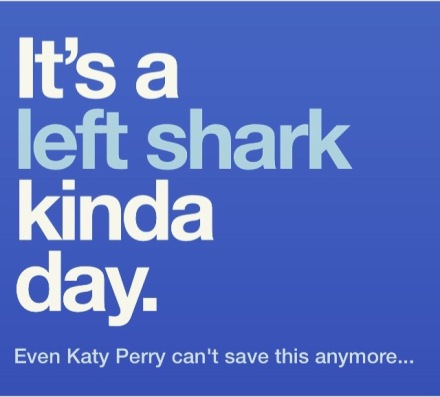 In 2013, my cousin and my favorite PIC (Partner In Crime) came to visit for Dave Matthews Band weekend at the Gorge Amphitheater in Eastern Washington. Every year on Labor Day Weekend, DMB puts on a three day long concert at the most beautiful venue I’ve ever seen. We went over a day early on Thursday to get set up before the rush and headed home on Monday morning.

We had a ton of fun spending so much quality time together that we made plans to go back again two years later. Fast forward those two years to now! Turns out the tickets for this years’ DMB weekend go on sale TODAY so fingers crossed that we’re able to secure a camping site (which ALWAYS sell out in minutes) so that we’re able to go again this summer. The traffic getting in and out of the venue is HORRIBLE and the closest town is insanely small, so camping is pretty much your only option. Therefore, no camp site = no DMB weekend. Eeeeekkkk!!! 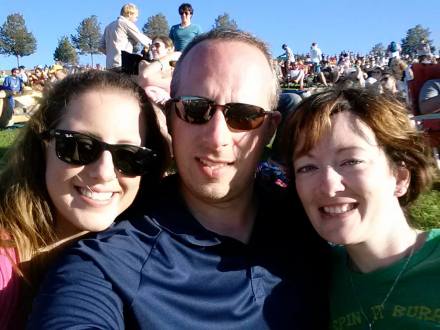 In case you haven’t been to the Gorge before, here’s a picture that doesn’t even begin to do the view justice. 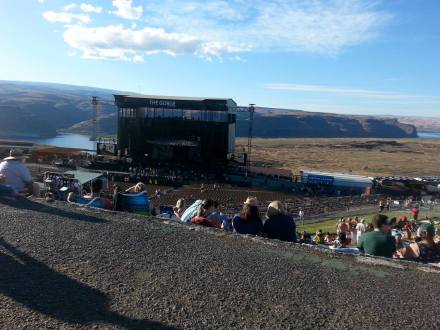 And here’s a picture of all the arm candy we acquired during the weekend. I love this photo so much that it’s actually the wallpaper on my phone right now! 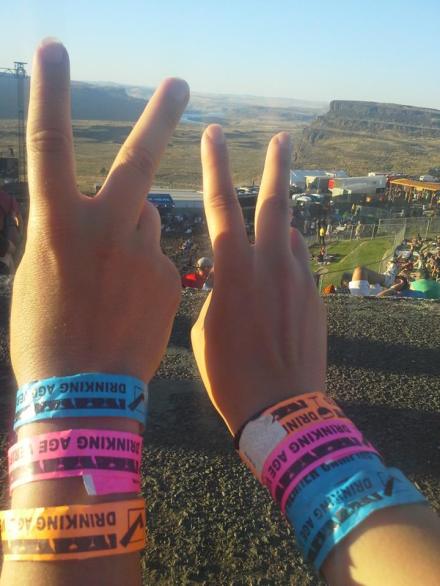 What are some things you’re loving this week?

Do you have a 3 day weekend this week? What do you have planned?

What’s something random that’s been making you laugh lately?

Am I the only one already making plans for the summer?

Linking up to Eat Pray Run DC, Mar On The Run, You Signed Up For What?, Fitful Focus, Fitting It All In, Housewife Glamour, Jill Conyers, Running 4 Cupcakes, September Farm, The Diary of a Real Housewife, The Good Life, The New Mrs Adventures & XOXO Rebecca. 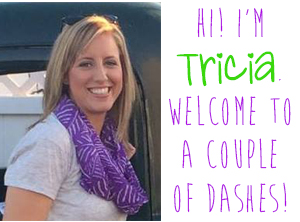 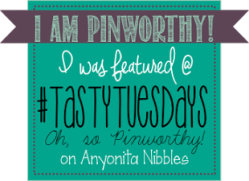 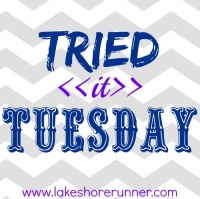